Our friends down at the Syndey Hackerspace Robodojo have contacted an NFC ring supplier and have organised to order assorted NFC rings that did not pass the Quality Assurance tests.

"The QA failed pack is in quantities of 50 and consist of a random assortment of styles and sizes. The QA Rings can have one or more of the below issues which made them fail QA:

Examples of the style of rings here:

I’m keen for a handful of them! In a past life I used to be a jeweller smith; Titanium is a pain to work with but depending on the faults I may be able to make a few presentable.

Are these perchance compatible with the space readers?

I’d be more interested in the nfc inlays than the rings (I still have some from their original kickstarter.)

They have arrived! I’ll bring them in for dividing up this Tuesday 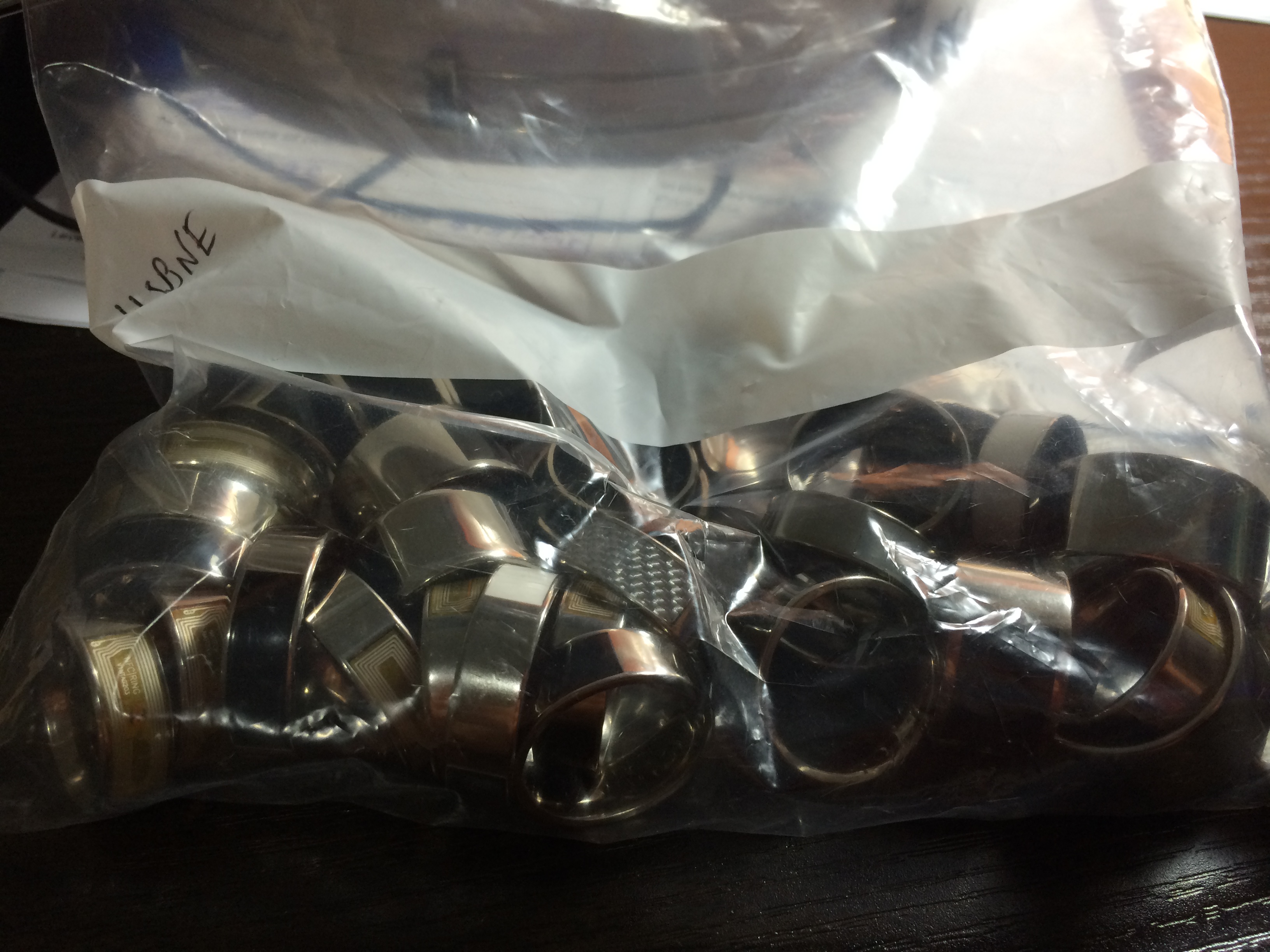 How many did you end up with?

Great, when you divy them up would you mind dropping 5 into my tub? I’ll pick it up when I come and install the CNC machine, once it’s moved into the shed.

@sjpiper145 are you at the space tonight? I might be able to pop in to pick up my 5 rings late tonight if you’re still there or can leave them with somebody.

Do you still have any rings left? I’m living in south korea, but I wouldn’t mind two. Svenska or Karl can hold on to them for me.

Did you buy any @Jonathan_Webber?

No, I’m just living in hope that someone has one or two rings to spare, it might stop me implanting things in my body!

I’m happy to hang onto some for you. But then again, I don’t want to stop you from implanting stuff…

I already have one NFC implanted. I have a 125mhz RFID implant kit if anyone is interested… (MIGHT work as a space RFID) I can get the datasheet. I think I’ve decided to go for a second NXT tag implant in the future.