Help / suggestions needed for building a 1-1.5m tall robot to follow a HSBNE group during Brisbane on Parade on the 1st of November

Ok so if we are going to go with the standbeast idea, we could use the following setup: 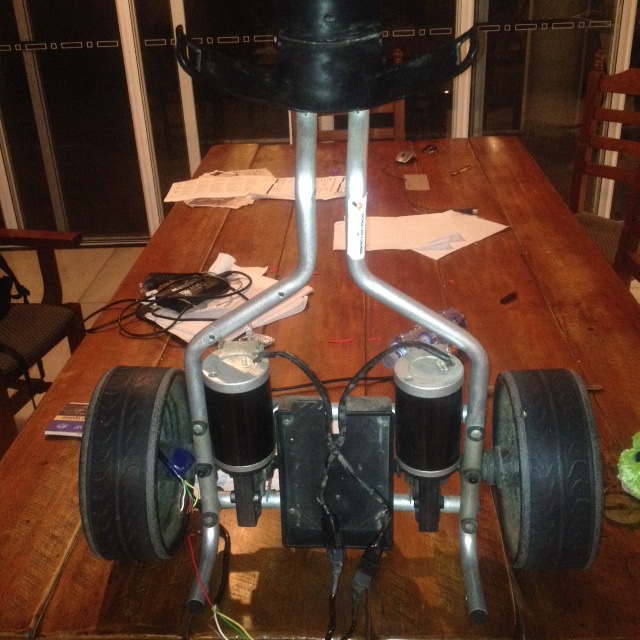 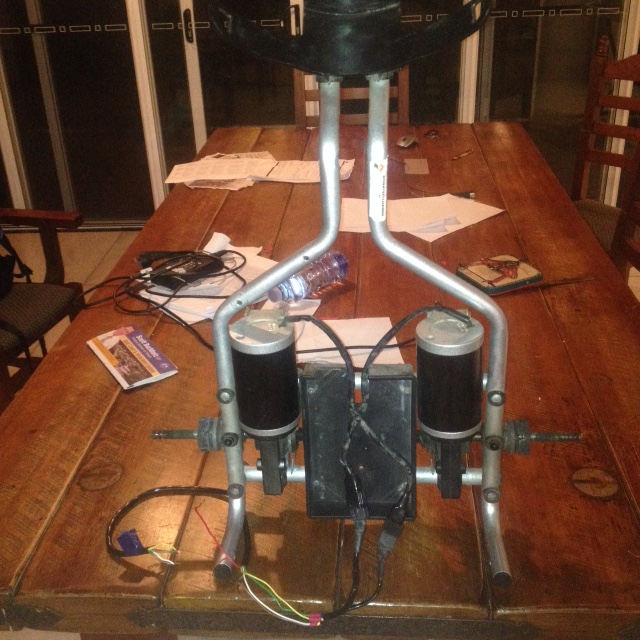 we could attach the “legs” directly to the shafts. These motors are already mounted on a frame and are geared down… the unit can carry an adult without a problem…

we then only need a simple DC motor controller … these motors may draw a lot of amps>>> any suggestion on where to buy this?

I would assume a metal drop saw would be handy for such jobs (do we have one at HSBNE?)

I have one if we get some new disks for it

I have a drawing done and it’s entirely feasible. Especially with a little help from some willing hands to bust out the bulk pieces, Ill get on to some steel joints monday and we can get stuck right into it.

Going to need a steel cutting blade for the drop saw, they’re around $50 and will last ages if people aren’t shitheads with it. Also, I don’t know when the new MIG welder is going to be here, bear said this week maybe some time so hopefully that happens quick smart as it would accelerate this thing immensely. So maybe another ~$100 for welding consumables

So, I guess the bulk of the stuff can be had for around $500-600, but that will inevitably blow out at least somewhat. But so long as those window motors are strong enough, which I think they should well be, we’ll be fine. That’ll leave us plenty left over for a decent power system.

What are everyone’s thoughts on power? Im thinking for sake of simplicity, a big array of 3s LiPos, 6-10 x 2200’s should have us kicking around no worries.

Holy shit, I’d forgotten about them Victor, those couldnt be more perfect.

What are everyone’s thoughts on power? Im thinking for sake of simplicity, a big array of 3s LiPos, 6-10 x 2200’s should have us kicking around no worries.

I have some 12v 80ah SLAs if they are suitable

The red drop saw burnt out about a month ago. I just had a look on gumtree and found this

Thats an awesome saw, perfect for what we need. No more abrasive wheels if we got something like that. Really good price for that piece of gear too. If the space can’t afford it right now (we should make it work, thats an awesome piece of kit) then we could replace the red one with a similar item like this.

which works well enough, just like the red one, but it’s nowhere near as user friendly.

Oh myyyy… yes, a thousand times yes. Would you part with them long term? As i would really like this thing to be around long term.

How many is it likely to need? I could spare a couple, though I can’t guarantee what condition the cells will be in, should still be of reasonable use. Long term sounds awesome to me.

And it seems my charger has packed it in so I won’t be able to charge them up, but I can bring a couple in on Tuesday

Awesomeness. I figure 2 would be more than we would ever need. Victor says they draw 10A which seems pretty legit, and I can’t imagine ever needing to run it for anywhere near 8 hours.

Deal. Extra capacity means extra bling! I’ll bring them down Tuesday afternoon/evening. Keen to help out with the rest of the project too

As for the motor controllers … this is what Skip was using http://www.ebay.com.au/itm/60A-Dual-Motor-Driver-Drive-Module-H-Bridge-PWM-Control-for-robot-projects-NEW-/230965079712?pt=LH_DefaultDomain_0&hash=item35c6976ea0

Looks legit. Can you grab one of them?

Just concerned re: shipping from Hong Kong and getting it before Nov 1

I would like to see the space own such a lovely unit and will be a great asset during this project.
As such I would like to put $50 towards the heavy duty drop saw…

I’m willing to foot the bill until the next meeting or until more members decide to contribute.

Thats awesome hovo, its a really nice bit of gear, I’ll throw some in for it too.
ill ring him up now and see what he says

It’s still available, I’m going to look at it now. If it’s in good nick, ill put a deposit on it and we can pick it up tomorrow.