Last week we received our first donation of 250 - 285W 36V Solar panels from an importer in Sydney.
http://www.solarjuice.com.au/ were kind enough to donate 6 panels one of which will be mounted on the Bean Flickers coffee cart to generate income for the space to purchase new gear like TIG welder, guillotine and to get other projects finished. If anyone would like to help out with install of the panels and related running gear please place your name on this list. https://docs.google.com/spreadsheets/d/1XB0EGvG7s2ObYdjFlODiVkSO3sBGBoDq9bEWTeiyjW0/edit?usp=sharing

I have asked Solar juice to supply us with as many panels as they can so hopefully there will be more in the future and if they see their panels on the roof i’m sure the donations will come quicker.

Please give solar juice some love in any way you can. They have been very helpful and impressed by HSBNE.
Thanks all and have a great day!

I’m interested, can’t edit that spreadsheet though. Available most weekends.

you should be able to edit it now, oops.

So the solar panels have been sitting in the same place they were left and I want to do something with them to free up some space.
Now that we have nice new roofing it seems like a good time to put them on the roof while the scaffolding is there.
I was thinking about lighting up the car pit area as it severely lacks illumination during the evenings.
I will be in on Friday and Saturday so if you want to help come have a chat to me.

What are you planning on lighting wise?

As for the panels, they’re probably going to be best feeding the server room, that’s where the most consistent draw is, then that avoids the issue of a grid tie system. However a charge controller will still be needed.

My vote goes for supplementing the server room.

If you want more lighting for the grease pit etc, we’ve a big box of led arrays worth playing with perhaps?

I would love LED arrays, the charge reg i got for the cart is a EP solar Tracer $276.64 inc. postage.
it works well and was a good price for what it does.
We also need ups that can handle the server for 12 hour runs.
I can get second hand sealed Pb acid for $1 per Ah.
there is nothing wrong with them and have been trickle charged their whole life.
I don’t mind what happens with the panels but i am a great magician and I will make them disappear.

With the charge controller, we’re going to need something that can handle ~1kW at presumably 24 or 36V, depending on the UPS config. The fact the panels aren’t all identical is going to reduce the overall efficiency as well, however it’s the best we can do short of getting a controller for each panel.

Now, do we have mounting hardware for these panels? This system is only going to offset say $300/annum, so keeping our investment low is a good idea.

Grease pit lighting: I’ve had a project on my to do list of replacing the high bays with fluoros, same as in the metal shop. If that’s enough light for you, it shouldn’t be too far off.

I believe theres still piles of fluro tube holders in the boneyard? Given some mains rated cable and a shitload of chain we could have lighting errywhere (plus associated power bills, haha)

Already specced it out, tested and collected the fixtures and tubes. Replacing the high bays with fluoros would consume about the same amount of power, but give a light level akin to the machine shop, and actually allow you to see instantly when you turn them on. Should manage to get it done rather soon, just need to get a ladder that can reach the apex.

b) the apex is like 8-10m straight up. we used to use a scissor lift to do it. Not sure you’re gonna find a ladder that tall, its almost a scaffolding job or similar. A part of me wants to suggest using ropes and harnesses but I can’t fathom how to do the initial rigging safely and sanely.

I believe if we can still get the 50% discount from that hire place, a scissor lift was like … $200 a day? So if theres other stuff to be done up high it might be worth it. Not sure what scaffold hire costs.

Add it to the list of ‘big tools hsbne should have’ (forklift, scissor lift. who wants to write a grant? :P)

For $200 we could certainly get materials to make a ladder that’d allow us to access these things forever, rather than needing to hire something each time. Another option is to have rope or chains horizontally across the room rather than hanging so we wouldn’t need to access anything like as tall as the apex, but I’m less a fan of this option as we will probably need to get up there in future for something else anyway.

Yeah, we could probably build a big wooden ladder for $60ish or so if it doesnt need to be pretty. Thats a really valid point.

Sure, you could build a 10m tall big wooden ladder but that is going to be an impressively chunky structure (requiring a Karl to move). These guys have a 32’/10m extension ladder for $28.80/day, I can only assume Coates Hire/Kennards and the rest are similar. Something like that will likely end up being the best option (over a weekend?), as a scissor lift requires a clear floor area.

@Hamish - We have considered hanging them on lines going horizontally, pretty sure we’re going to cop too much sag in said lines though. To go with the machine shop layout it’s a 4x3 grid, so either the ones in the centre of the room will be lower, or we’d have to anchor to the gantry/thereabouts.

I was thinking more along the lines of a aluminum or steel truss to keep weight down and thus actually be usable by those of us without giant blood, although a little more time to build and a bit more expensive than the before mentioned than a wooden option. On the other hand from the link you gave it may honestly work out similar in price to rent one really.

Regarding the requirements for an open floor; given your indoors and thus have near zero wind the ideal tool to use would be a electric boom lift… but honestly I don’t see us getting one transported to us for a reasonable cost if we are only looking to rent for less than a week so its probably something we can rule out pretty quickly.

I’d like to point out our electricity is on a time of use tariff and night time electricity is cheaper. With this taken into account, you’re going to be hard-pressed making a system with a large number of batteries designed to last a whole night make any financial sense. Keep it grid-tied as a ups, with only the battery capacity we need to act as a ups, not a full overnight bank. The server room is the best option by far, to use it as we generate it. Though, it might be a good idea to hold off from this until our lease renewal is finalised, then we’ll have some freedom to do some longer-term investments like this to lower our overheads

That’s ideally the plan. At our current server room consumption we’ll pretty much consume all the power generated, without needing storage. If not now, very likely once the security server starts doing work. Otherwise chuck a vending machine and magic to disconnect in a power outage on it and we’ll be gold.

You almost certainly associate Tesla with cars -- very cool cars -- but the company has an even grander vision beyond that. Today, CEO and founder Elon Musk unveiled 'Tesla Energy' -- a new business arm that is focused on ending our dependence on...

So are we making a competitive device at HSBNE? May I propose the PowerMilkcreate™ 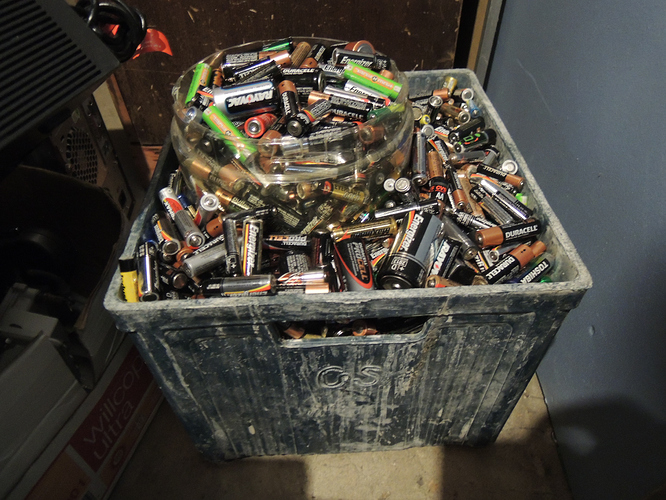 http://pv-map.apvi.org.au/potential interesting solar output / energy production calculator. Should help in estimating components including chargers batteries And inverters. Might assist us geting a handle on the potential run time and possible uses