The laser etcher is sitting in front of me at the moment. However, it doesn’t feel like cooperating. It’s very small and cat themed, but the main problem is the focusing and the control system. Currently, it works and can do laser “etching”, however it does it by stopping over an area pulsing the laser using PWM for a short while before moving to the next point, creating an array of dots. This works fine for images but is completely useless for PCB’s or for variable heat activation (seperate project). This also means that it is veeery slooow with it having to stop for each dot. The focusing lens also uses pure chinesium threaded plastic, meaning it can swivel on the thread on the end of the diode laser. Dodgy as, but I have been able to focus it right down to the point where the individual dots are in the 0.1mm> ballpark.

So, first thing on the list is to swap out the potato that is driving it now and drop in a ramps 1.4 board and see if using PWM with continuous motion makes a difference. If not, we’ll have a proper go at fixing this thing up, possibly a smoothie or an fpga based board if it needs the extra grunt. 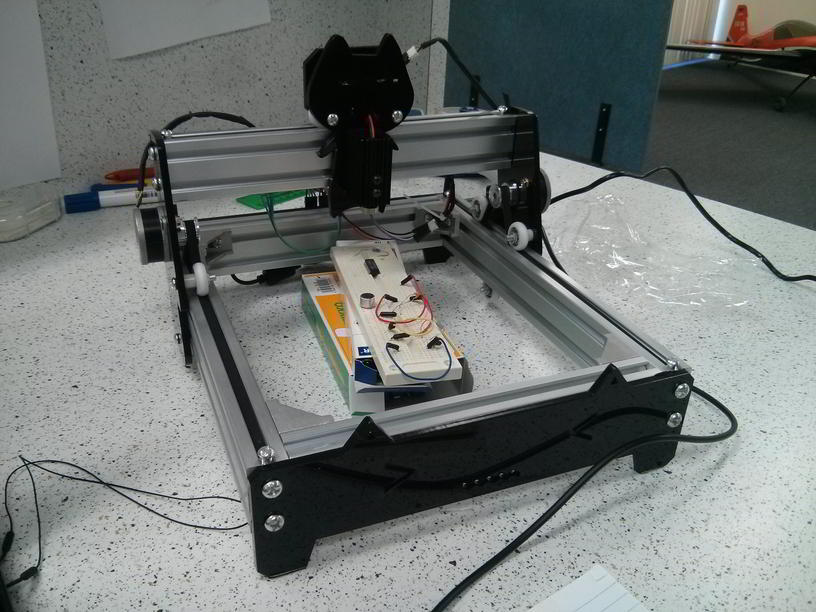 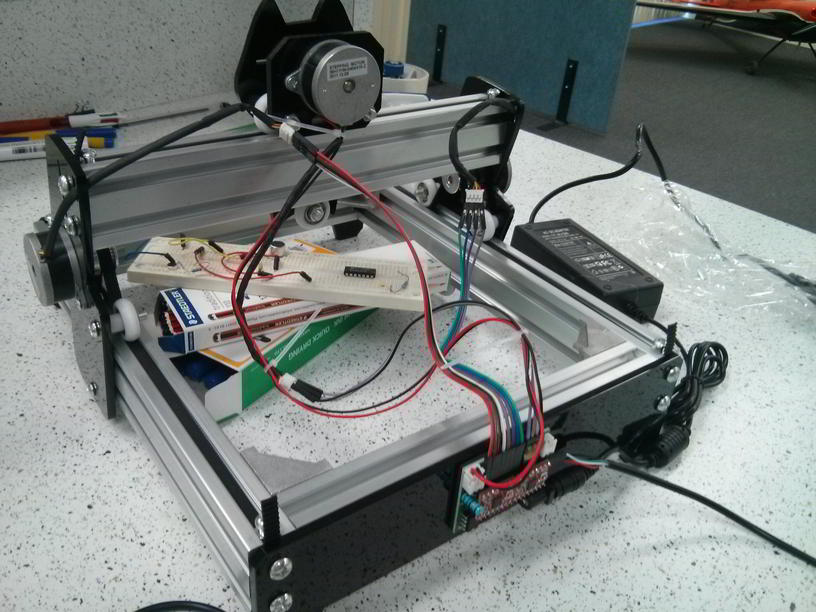 After having a look around for software to use for this thing, I stumbled across FlatCAM. It can take gerber outputs of any circuit design software and generate gcode for use in a milling machine or laser etcher. The software is not too intuitive and the manual is out of date, so the best way to learn it is by watching this guy.

As I’m using vector drawings instead of engraving from a raster. I don’t have to worry about the machine making an array of dots anymore as everything is nice continuous lines. It’s still very slow due to the limitations of the hardware on there at the moment, but it’s progress. 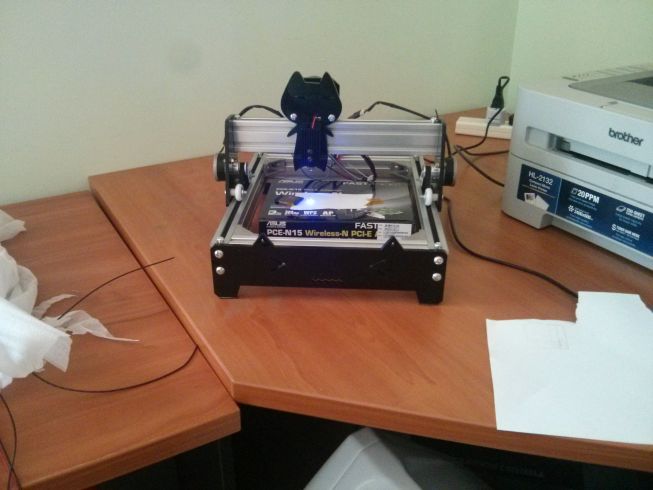 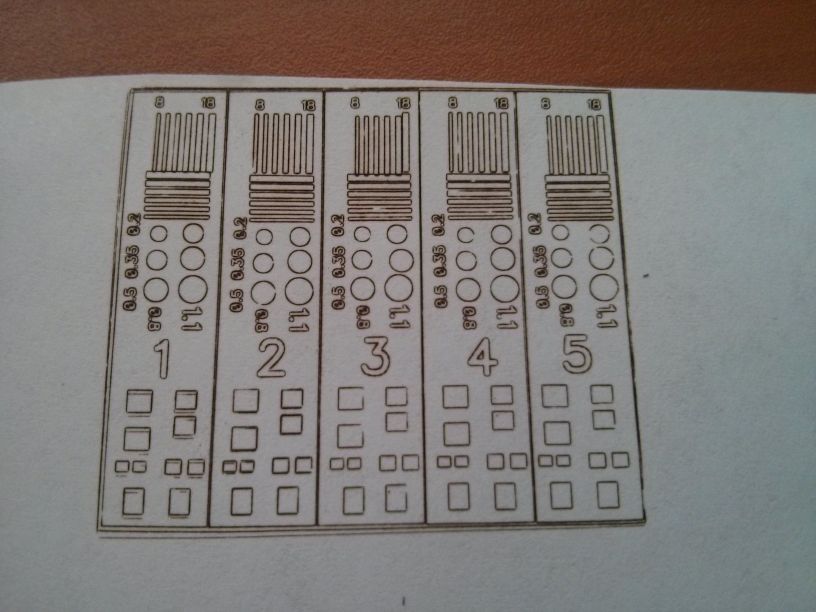 I’m gonna do a polygon mirror scanning laser exposure rig: Laser scanner PCB exposure thingy and probably mount it instead of the X/Z axes on my old reprap…