Hi all - my name is Kelly, I’m a new member at the Hackerspace having only moved to Brisbane about a month ago.

I’ve been doing large scale interactive art for a while and have been involved in things similar to the hacker space in Melbourne (not nearly as big or as well equipped as HSBNE though, every time I walk in I lose my shit at the space and the gear you guys have). I am one of the organisers of a large arts collective called Coco Poco Loco which makes art and puts on parties both solo and at festivals like Burning Man, Rainbow Serpent, etc. Recently we went mobile with our custom built-from-scratch art car where we designed and built everything from the frame to the sound and lighting system. Some of your existing members have been to our parties previously.

Anyway…we have just bought the little yellow truck that is at the hackerspace, it’s a custom built plumber’s vehicle that was used on a large school grounds. 3 cylinder Daihatsu engine, 4 speed gear box, reported top speed of 60km/h (not that we’ve got it that fast yet).

Over the next two weeks we will be turning it into a small version of a wonky queenslander house, complete with big sound system, bar and lighting. We have a small but quality crew consisting of engineers, architects, builders, mechanics, DJs, etc and both Karl and Tully from the Hackerspace are on board.

We also have a bit of a budget to produce something great. The first foray for the Wonky Queenslander will be the Rabbits Eat Lettuce festival at the Woodford site over Easter and then we are planning on taking it to the Australian regional Burning Man events this year too (July and October) as well as using it around Brisbane for parties, film nights, whatever.

I have done a couple of similar projects recently and so I know that this one is achievable and will be cool.

The basic work plan is this:

We are planning on starting work this Tuesday the 24th. We are also planning a 20 minute talk for everyone about what the project involves and how you can get involved if you want to.

Finally, if you want to come along and join our camp for the first outing we have discounted tickets to the festival and also an amazing camp with its own bar and sound system and large circus tent.

I will hopefully post some plans over the next few days. In the meantime if you want to get in touch my details are below. 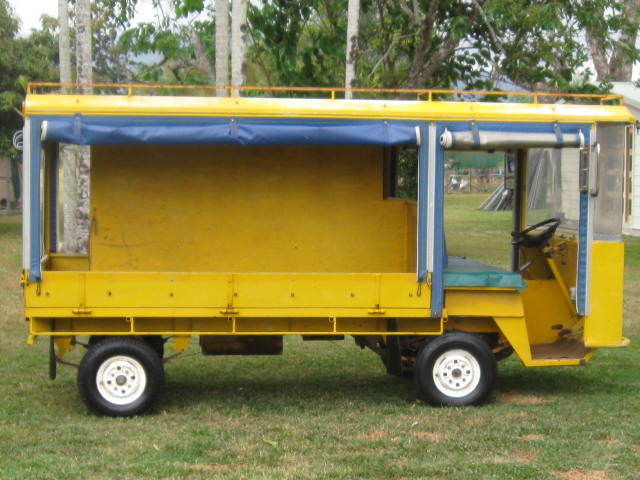 Count me in! I’ll be along on Tuesday, what time are you kicking off?

I’ve told everyone else from 6

This Project is awesome! I will help out where I can and would love to join the coco poco loco theme camp for this years Burning Seed!
I never got around to checking out the rig last year but the sound system was amazing!

Awesome to see Kelly, this should be an awesome project to see come to fruition. Can’t wait to see what you guys come up with and lend a hand.

This project sounds pretty cool! Can’t wait to see what you do with it. Don’t forget to take photos as you progress… I always forget to take some until I’m done!

Mike and Jay will either of you be at the Hackerspace tomorrow afternoon? We were planning on having a design meeting but my access card is still pending (I’ve paid the membership fee) so I can’t get in without someone being there.

I’m planning to come in tomorrow to do some work on the vending machines, and there is the Brisbane Browncoats meetup, so I’m sure someone should be able to let you in!

I will be in all day tomorrow, look forward to seeing you there. 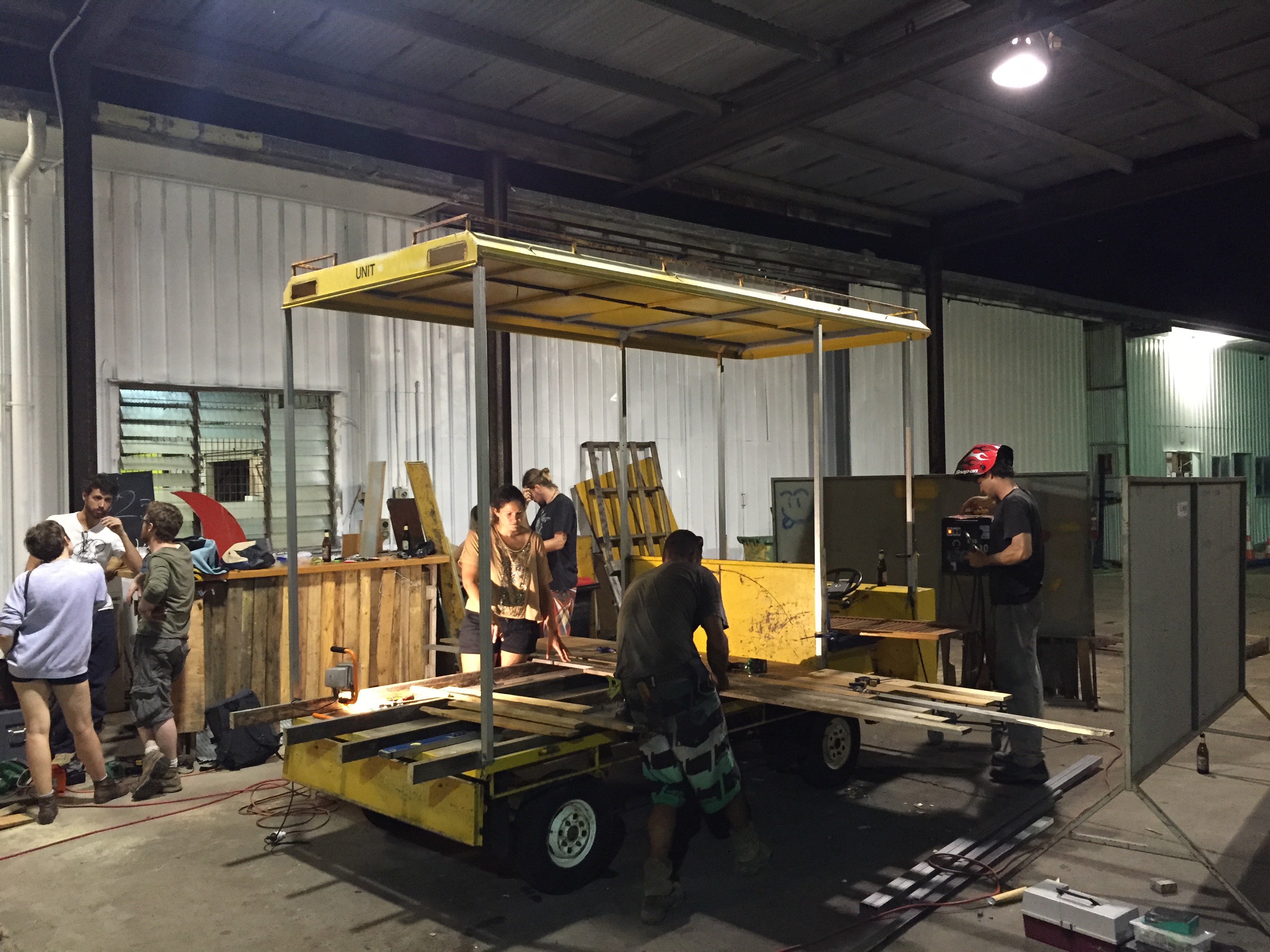 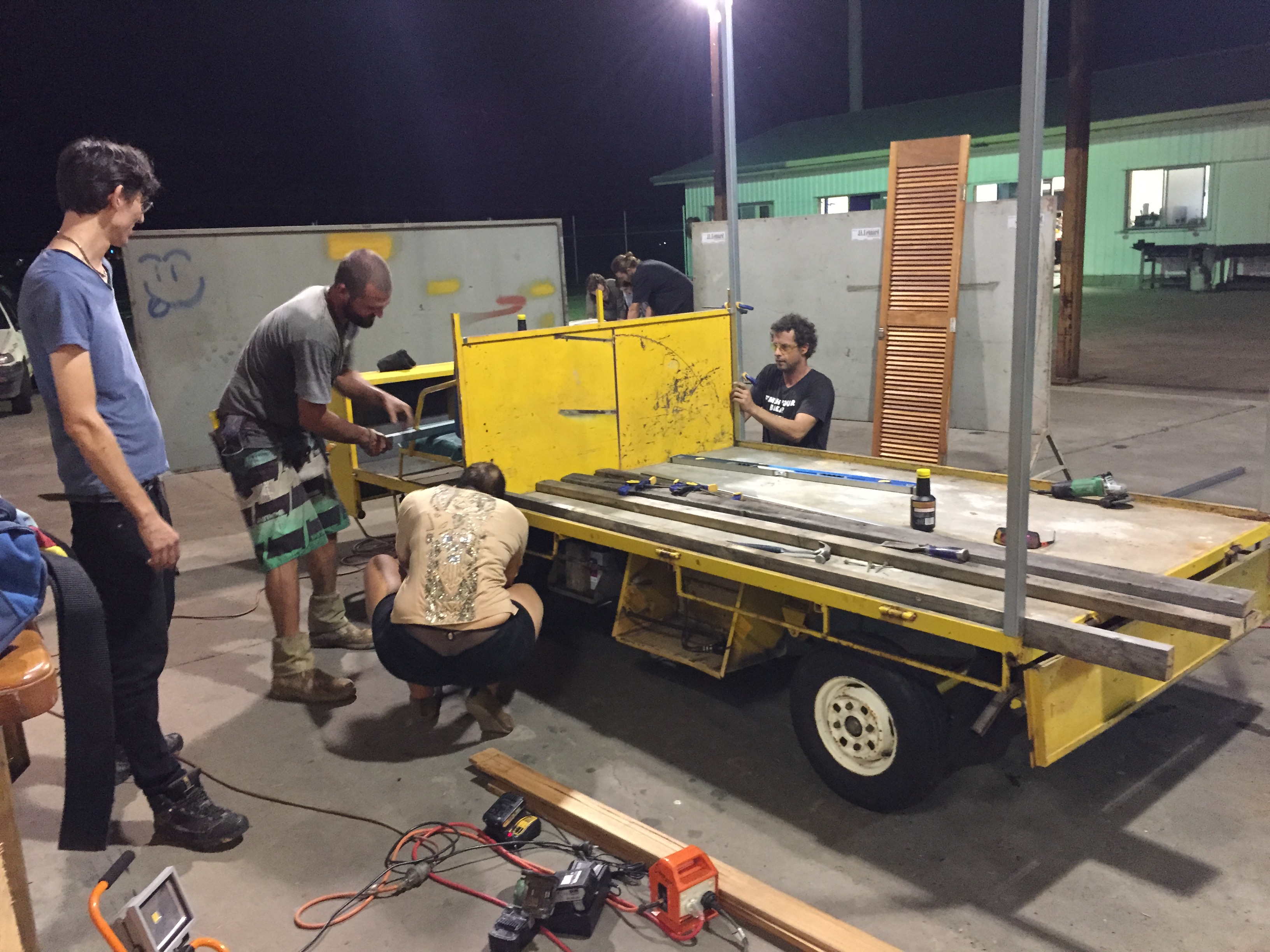 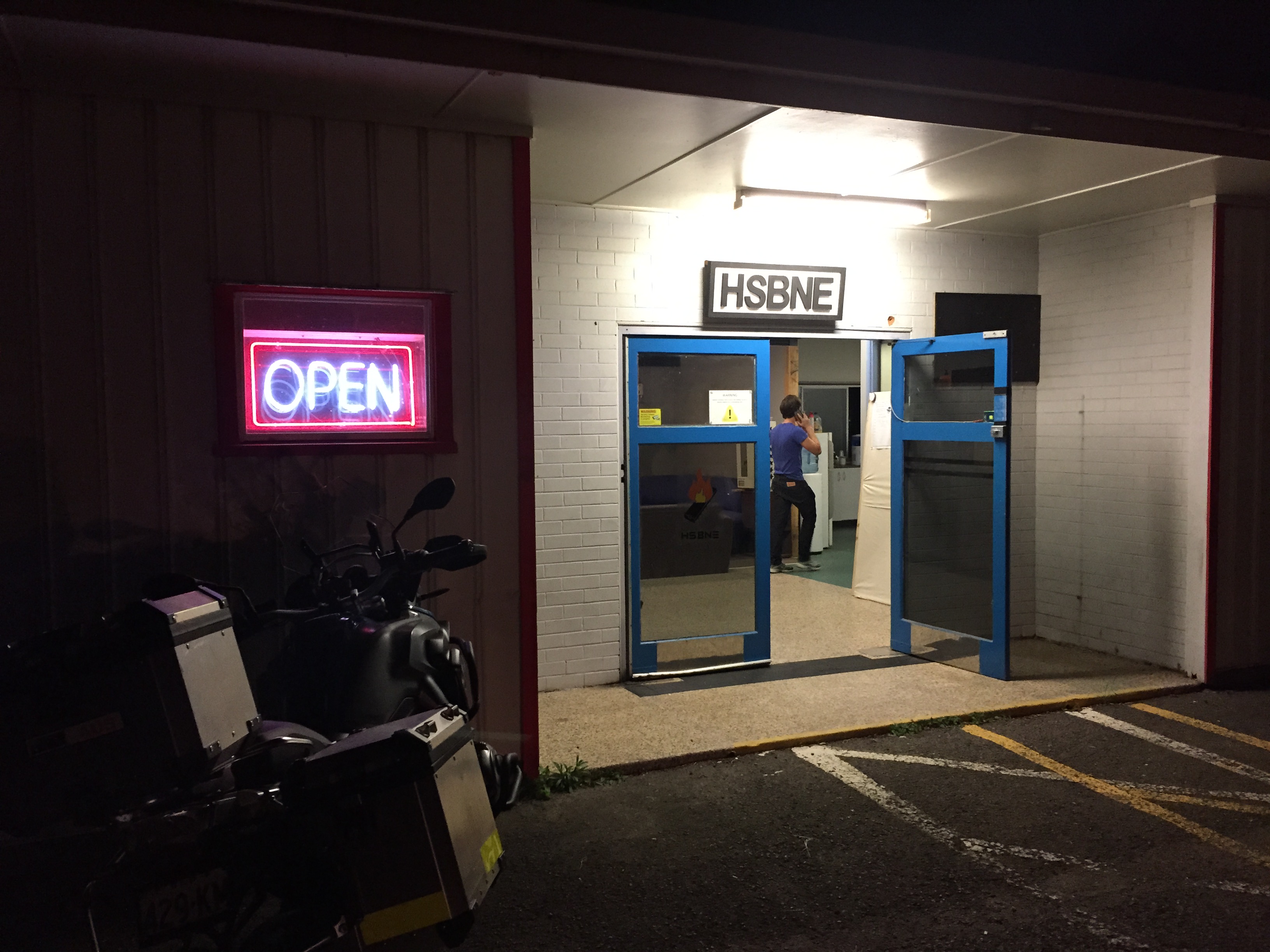 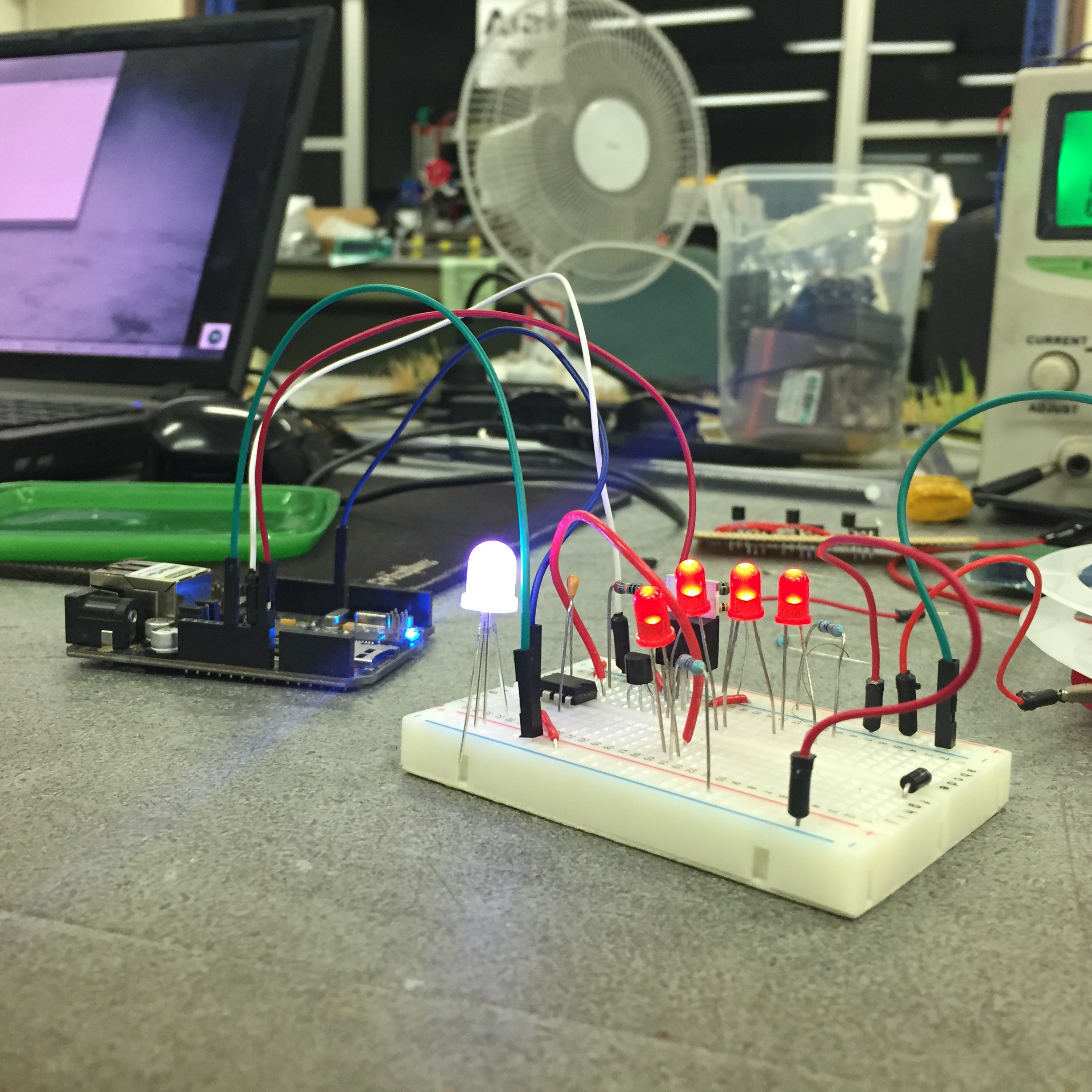 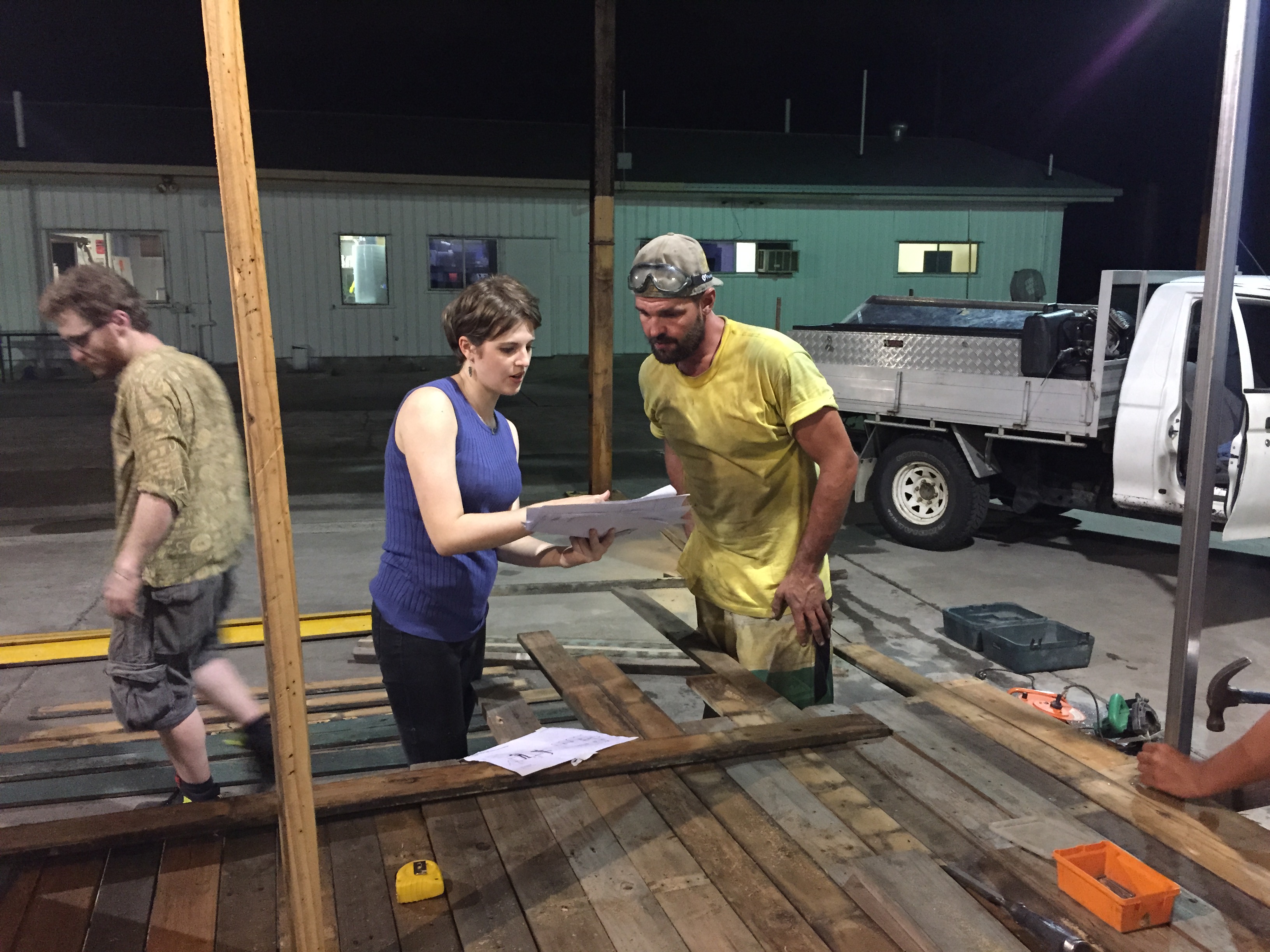 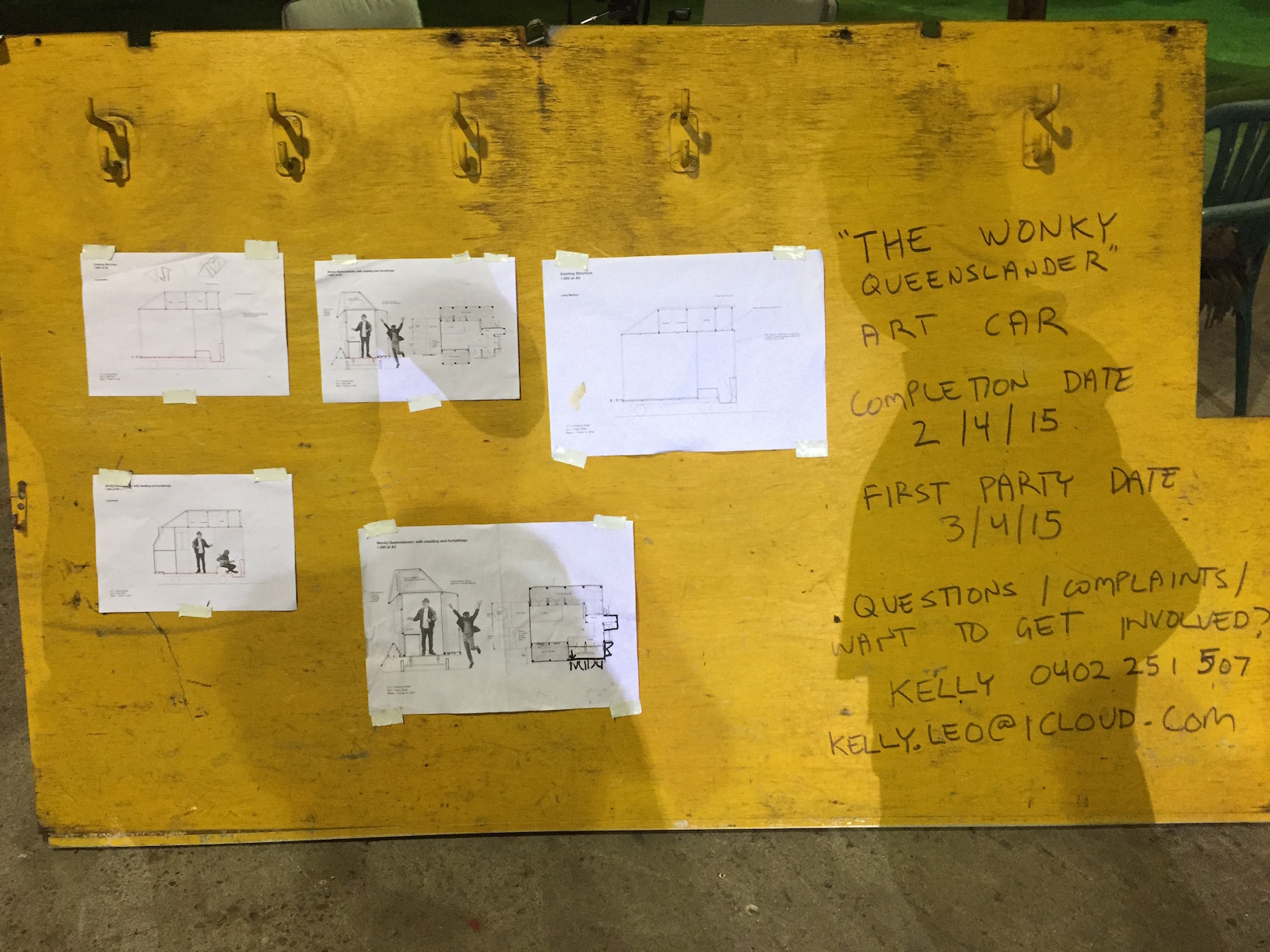 Here’s a video of us testing out the sound system yesterday. 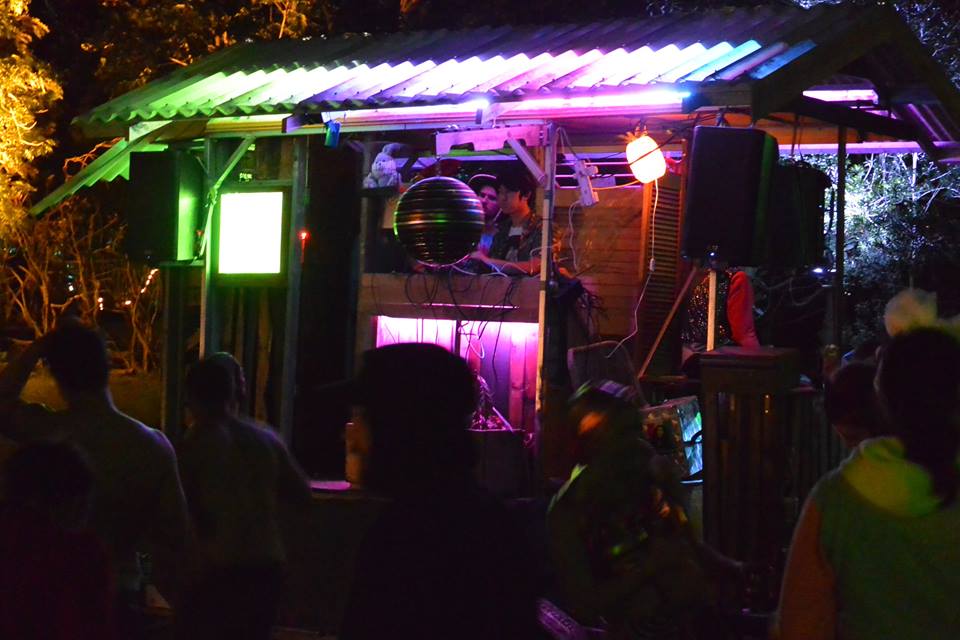 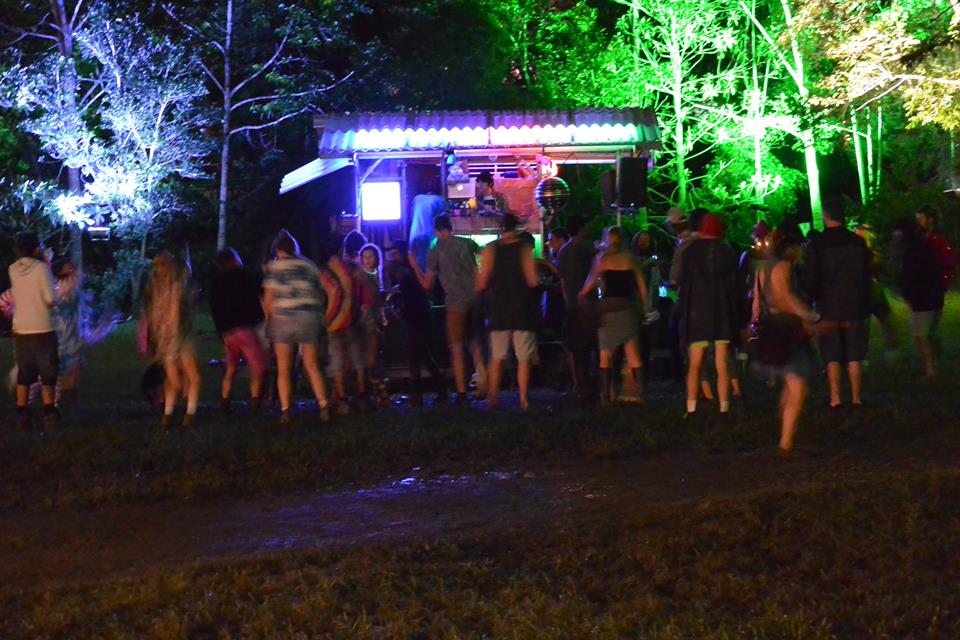 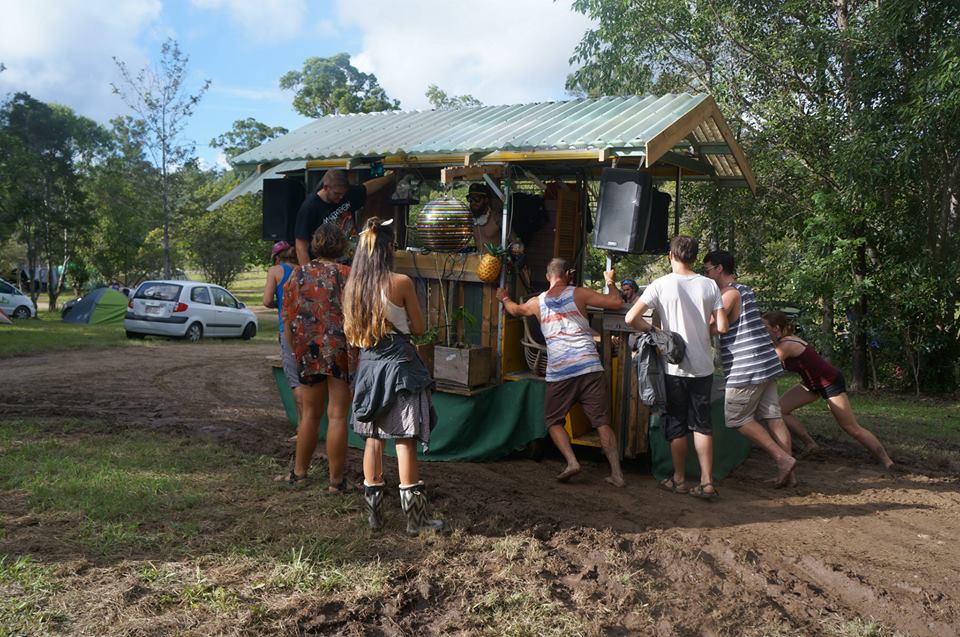 We came, we saw, we broke our undercarriage. The Wonky Queenslander Rabbits Eat Lettuce adventure was a whole lot of fun though we did manage to break the suspension assembly under the front end after one too many doofers jumped on it. Due to the festival having noise restrictions we also got to play the closing set!

Its not exactly worth of a post on our actual socail media, but I had a request for a photo of the keytar during the WonkyQLDer launch party, so I’ll do one better: https://youtu.be/X8T6p1DC1-I

Friend of mine spotted this on the highway heading up the coast the other day! 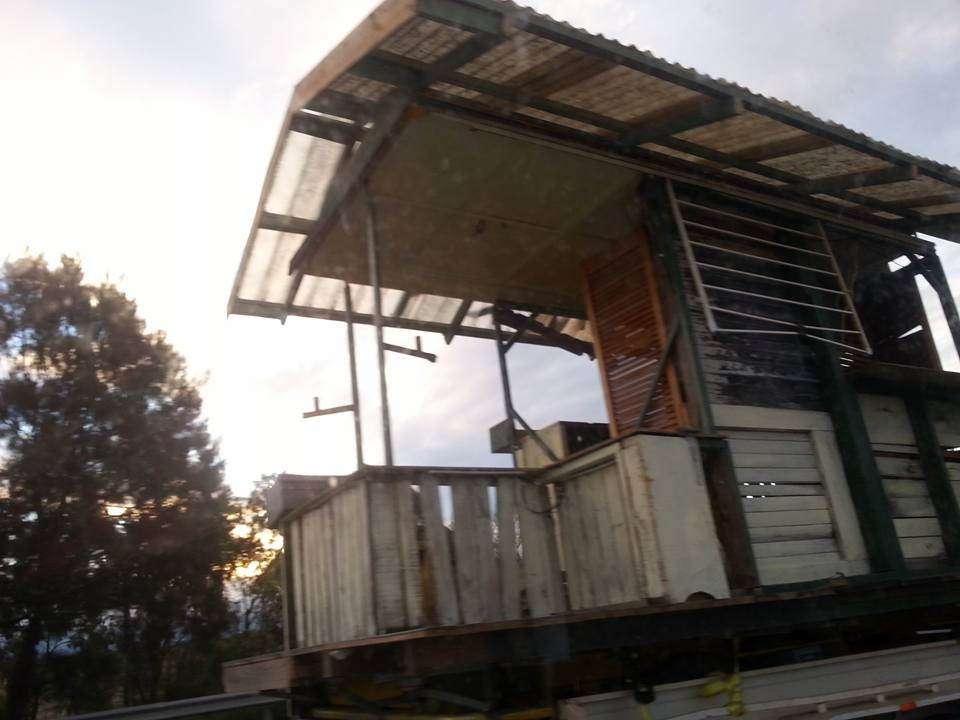 That photo must have been on the Friday, as those are my yellow straps rather than @Bean_flickers orange ones he lent us prior. Its also before the encounter with a tree at ~7pm Friday, providing a fairly accurate time window of 4-6pm. Unfortunately that encounter with tree means I need to replace a roof support+sheet next time I’m at HSBNE, but this is a incredibly quick job. There are also a few other minor things (nails working out ect) I need to fix just because the wonky has been busy in the last fortnight, spending 4 days at Modifyre festival, then Roving Conspiracy and finally on the Friday pictured arriving too late to play at 8 Foot Felix’s Sunshine Coast Bonfire party (although honestly the location was smaller than expected, so it’d have been tight for space if we had been there early enough to set up).

I actually meant to be at HSBNE doing this work tonight, but schedule was delayed by me getting minor food poisoning on late Saturday, although thankfully that situation passed fairly quickly and I have been eating normally since late Monday so I may be able to get down later in the week to do the work, although worst case is still next Tuesday.